They Told Me To Shut Up

They Told Me To Shut Up

Do you have any memories from school that you feel are special? Or memories that stick in your mind for other perhaps not so positive reasons. Either way, you may be able to relate to this.

I grew up in Scotland and later Donegal in Ireland. My only memories of school are for being in trouble for talking too much. I grew up with a clear message of you can show up, you can be seen, but you cannot be heard. And if you are, there will be consequences.

Does that sound familiar?

Every time I think back to when I was a child, these words ring in my ears: shut up, stop talking, get out of here. These were used so frequently, that by the age of 10, I believed that I was cursed for speaking too much. It was the same thing in secondary or high school as I was always in trouble. Not only with the teachers but also with my friends.

Have you ever tried to talk in a meeting and someone shunned you? That was my world back then. It was not easy to share my mind. Every time I wanted to share my opinion, I was either shunned by my friends or told to get out of the classroom by my teachers.

As a result, I became famous as the one who talked too much.

Among the many incidences, there is one that I want to specifically share. One day I was standing outside my classroom door because as usual, I was in trouble for talking. I heard another teacher coming down the corridor.

Since I was popular for talking too much, I tried to hide in the doorway, I was a lot bigger then. And even though I held my stomach in tight she saw me.

“Outside again for talking too much”, she said, “you know you’re not going to get very far if all you want to do is talk.”

At this point, I knew I had to do something. And one of the BEST decisions I ever made was NOT to listen to her. And instead, listen to the voice in my own head. The one that was literally shouting, “Your voice is your ticket to great things!”

And that’s how Moira, The International Speaker, was born. Now I travel the world as an international speaker. I have built multiple six-figure businesses from speaking in exotic locations globally. Simply because I realised speaking wasn’t my biggest curse, it was my biggest gift!

I now help other entrepreneurs make that same discovery, building a top tier income and a globetrotting lifestyle from speaking.

I strongly believe that women need to be heard. This is the best way to dissolve any voices from your past that are keeping you from unleashing your unique voice. It is the best way to build a dynamic business that makes a massive impact in the world.

“My mission is to help more women (and a few good men) take the stage with a powerful message and story, so they too can have the impact they want and make the money they want.”

And to make this possible, I created Secret Suppers Worldwide™.

These are exclusive, one-of-a-kind, supper-style gatherings where you can connect with other dynamic business owners up to big things in the world.

This is where you can make profoundly powerful connections with great people, enjoy deep conversations and support each other to become catalysts for change in the world.

We break bread together, we mingle and have deeper conversations about business, the world and the impact we want to make.

The best thing about this is that everyone walks away inspired and energised with fresh possibilities, connections … and maybe even a new client or two!

These are exclusive, one-of-a-kind, supper-style gatherings where you can connect with other dynamic business owners up to big things in the world.

If you’re ready to:

Then you’ll want to be a guest at an upcoming Secret Suppers Worldwide™ event.

All you have to do is fill in some details on this application form that will take you 1 to 2 minutes and we’ll be in touch when spaces open up on the complimentary guest list. 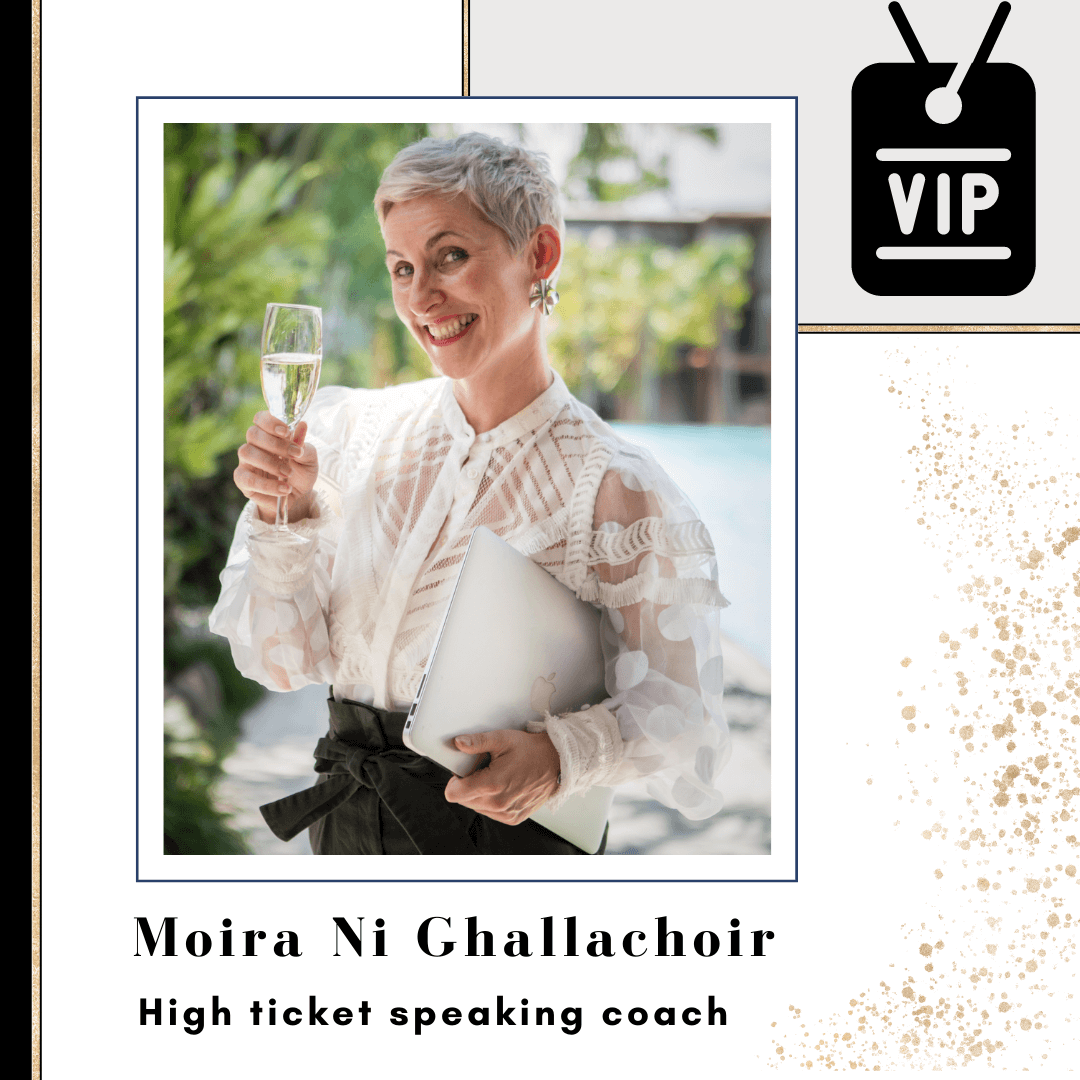 5 Ways to Use Speaking To Travel the World, Enroll Great Clients and Live a Globetrotting Lifestyle

“Moira shows entrepreneurs a powerful pathway to enrolling more
clients, making way more money and having a globetrotting
lifestyle – without the complicated strategies. So they can finally
enjoy the success and the freedom they started their business
for in the first place. She went from being a youth worker living in London making 30k a year to a business mentor and speaking, building a multiple 6 figure revenue in less than 3 years. She has captivated audiences worldwide with her powerful presentations, her retreats in Paris, New York and Dublin as well as her newest venture – stylish secret supper style gatherings for big thinking entrepreneurs to get their message out in a big way anywhere in the world. “

Have you seen our latest products? 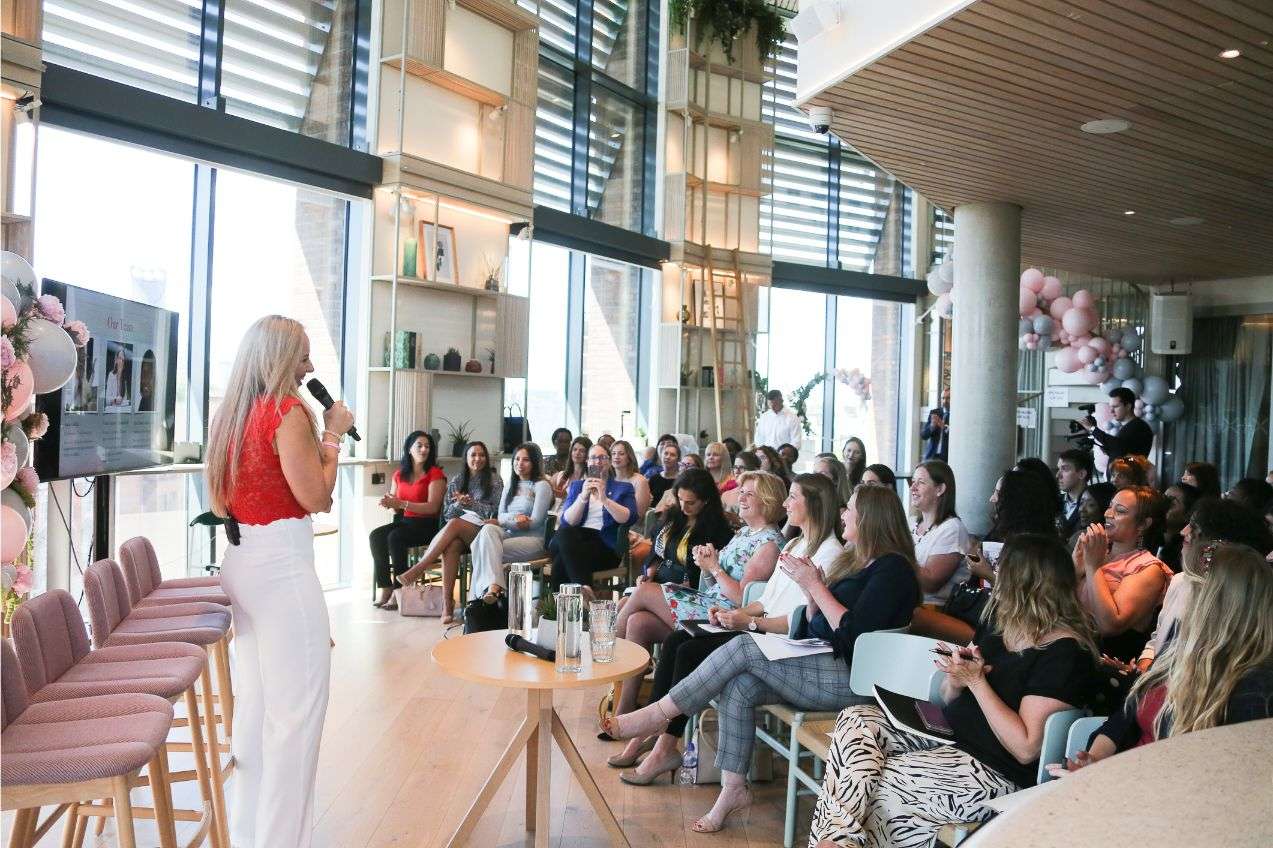 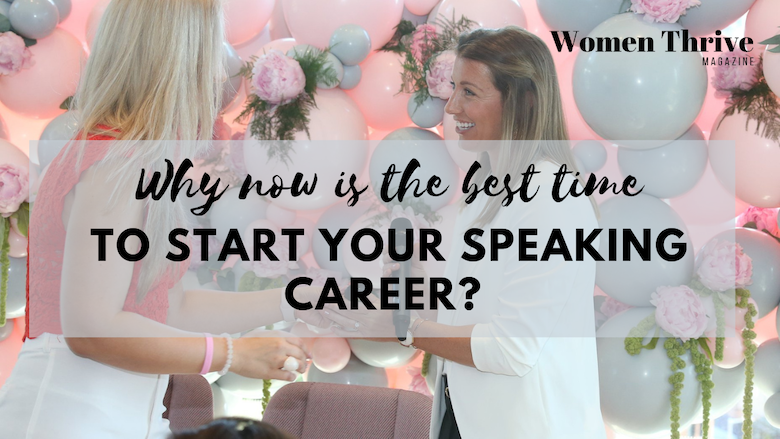 Why now is the best time to start your speaking career?

Why now is the best time to start your speaking career? You may have been thinking of becoming a speaker for a while, but never really got around to putting your attention and focus on public speaking. I get it, it takes dedication and time to do anything you want to... 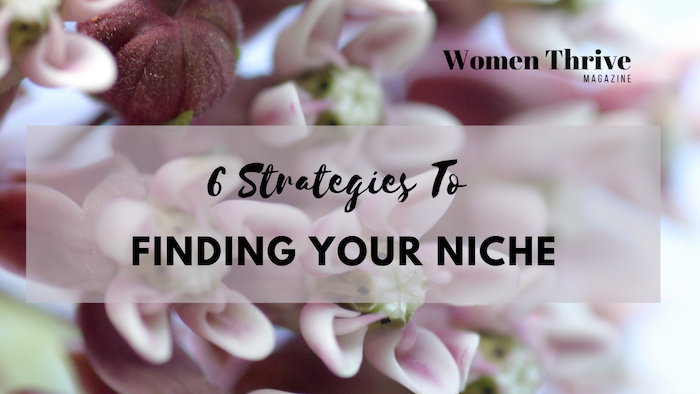 6 Strategies To Find Your Niche 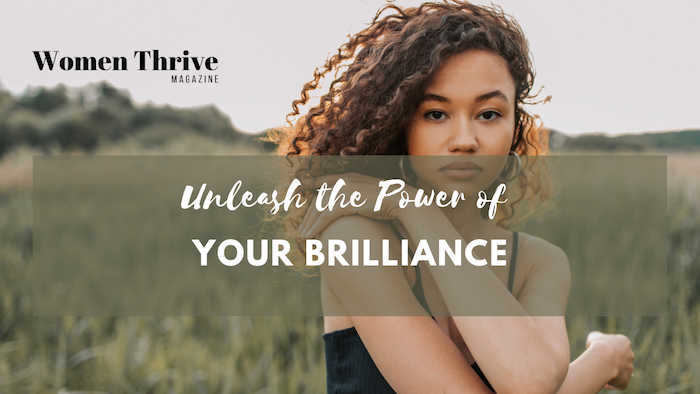 Unleash the Power of your Brilliance

Unleash the Power of your Brilliance By: Dr. Coylette James Ladies, can we talk?  No, I mean really talk without putting on airs and pretending to be someone else.  The kind of talk you have on girls’ night when you put your hair in a ponytail and pour a glass of wine... 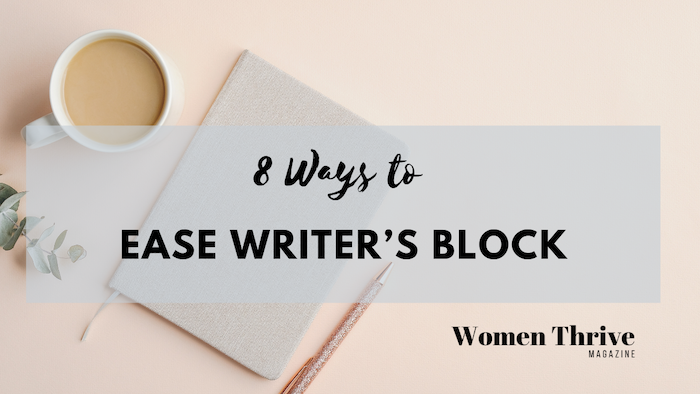 8 Ways to Ease Writer’s Block By Dhara Singh, Storytelling and Niche Coach Are you someone who has brilliant story ideas, but when the moment comes to sit down and write a post – your mind goes blank? As a full time, storytelling coach and former journalist what if I... 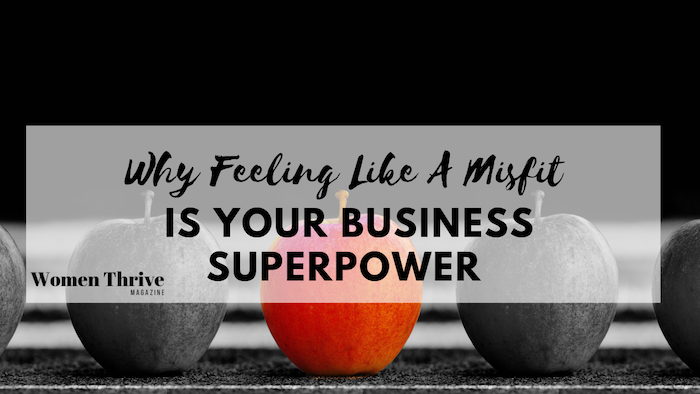 Why Feeling Like A Misfit Is Your Business Superpower

Dream BIG Take Action by Trudy Simmons  When we decide to start or run a business, it is easi(er) to find the information, the formulas, and the training that we need to be able to look at our business and know what and where needs to work. For instance, we know that... 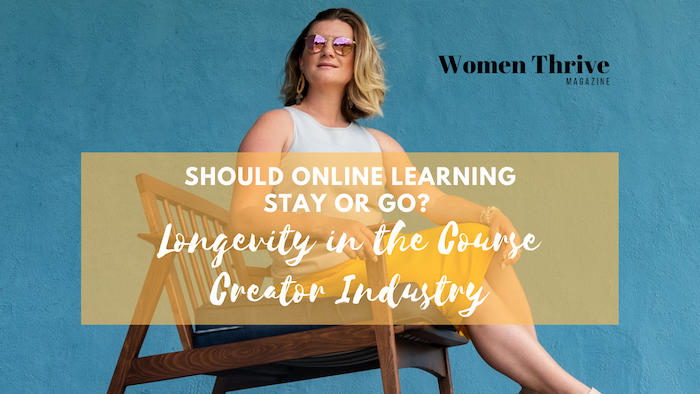 Should Online Learning Stay or Go? Longevity in the Course Creator Industry 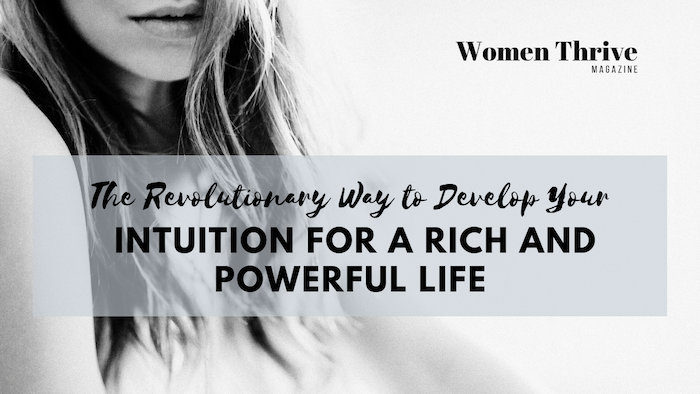 Meet the Founder of The Revolutionary Way to Develop Your Intuition for a Rich and Powerful Life - Kim Woods   Q: It’s an honour to speak to you today. Let’s talk about the work you do. What do you specialize in and why should someone work with you?  Hi, I am Kim... 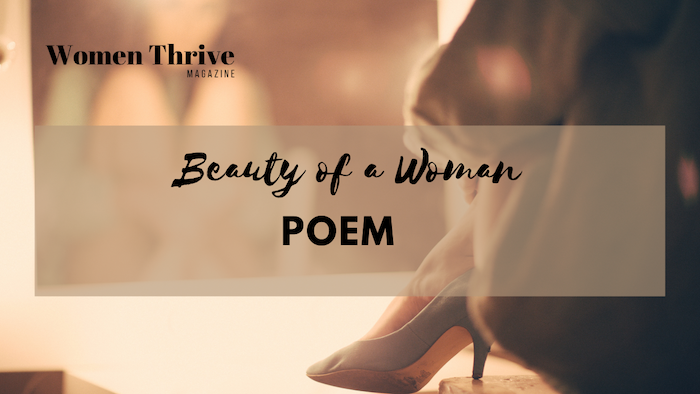 Beauty of a Woman Poem

Beauty of a Woman Poem written by CPoeticStew Beauty of a Woman is more than outward appearance and skin deep. It is defined in her character and the choice of words she speaks. Beauty of a woman shines with radiance drawing an audience to compel what is within....

This website uses cookies so that we can provide you with the best user experience possible. Cookie information is stored in your browser and performs functions such as recognising you when you return to our website and helping our team to understand which sections of the website you find most interesting and useful.

Strictly Necessary Cookie should be enabled at all times so that we can save your preferences for cookie settings.

If you disable this cookie, we will not be able to save your preferences. This means that every time you visit this website you will need to enable or disable cookies again.